Please check with your airline for flight delays and cancellations.

As major transportation hubs, airports are well-positioned to recognize human trafficking throughout their facilities. Learning key indicators of human trafficking, raising awareness of the crime, and knowing how to report suspected trafficking incidents are just some of the ways John Wayne Airport is training staff to play a critical role in ending this crime.

“It is incredibly important that we provide the tools and training for our employees to stay alert and maintain awareness for potential instances of criminality throughout the Airport,” said Barry Rondinella, Airport Director. “Armed with this information, they will know how to respond when they suspect human trafficking.” 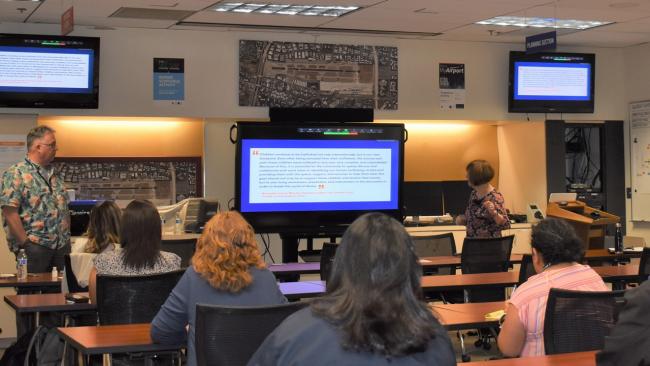 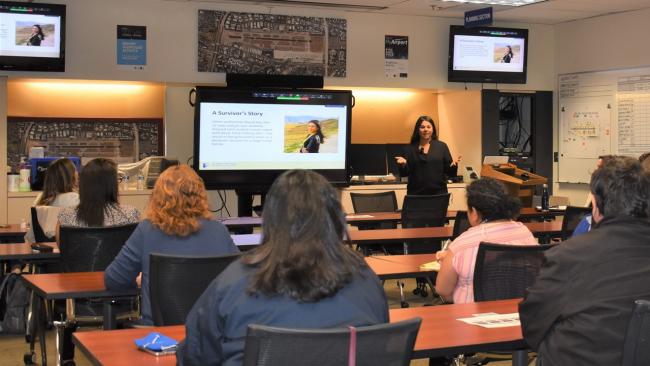 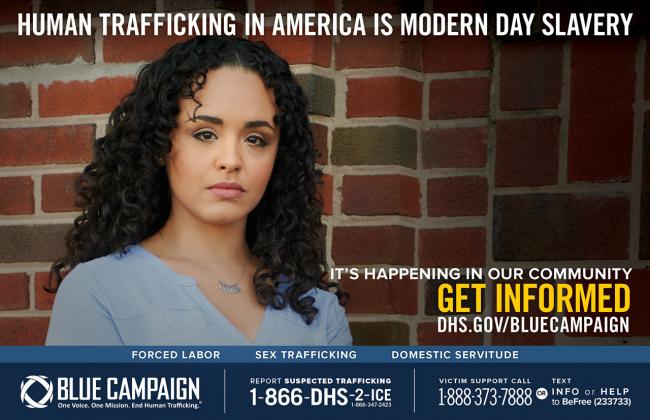 Founded in 2003, the Global Center for Women and Justice is a non-profit organization housed within Vanguard University of Southern California committed to advancing the global status of women, children, at-risk and vulnerable populations and end human trafficking through research, education, advocacy, collaboration, and hope.

Facilitating the class was Sandra Morgan, RN, PhD. In her role as Director, she leads research, education, and advocacy directly related to the exploitation of women and children. Dr. Morgan’s experience serving exploited women, men, and children includes acting as a past Administrator of the Orange County Human Trafficking Task Force (OCHTTF) and providing direct care as a pediatric nurse volunteer with Doctors of the World (Athens, Greece). Recently, she served as Co-chair of the Public-Private Partnership Advisory Council to End Human Trafficking by Presidential appointment.

“This is a space where we can study these issues and use our voices to make a difference locally, nationally and globally through education and outreach,” stated Dr. Morgan. “Most people think of this crime only on a global level, when the reality is that it is happening at the local level right here in areas like Orange County. We provide opportunity to join this discussion and respond to this call for action in the fight against human exploitation.”

Also presenting was Derek Marsh, MA, MPA, Assistant Director; a retiree of the Westminster Police Department with 26 years of service. He helped establish the Orange County Human Trafficking Task Force (OCHTTF) and has since presented anti-HT trainings across the United States and internationally. He taught undergraduate courses at Vanguard University and develops and teaches criminal justice and human trafficking courses.

Dr. Morgan and Derek Marsh were accompanied by Shyima Hall, a human trafficking advocate and survivor leader. Shyima Hall was born in Egypt and sold into slavery at the age of eight. When she was ten, her captors brought her to the United States on an illegally obtained temporary visa, and two years later she was rescued by Immigration and Customs Enforcement officials and moved to a group home. Shyima became an American citizen at age twenty-one, hopes to become an Immigration and Customs Enforcement agent, and author of her memoir Hidden Girl: The True Story of a Modern-Day Child Slave.

Along with staff training, John Wayne Airport continues to collaborate with U.S. Department of Homeland Security’s efforts to combat human trafficking. Informational signage from the national public awareness Blue Campaign has been strategically placed throughout the Terminal to educate guests traveling through JWA on how to report suspected instances of human trafficking.

John Wayne Airport (SNA) is owned by the County of Orange and is operated as a self-supporting enterprise that receives no general fund tax revenue. The Airport serves more than 10 million passengers annually and reaches more than 30 nonstop destinations in the United States, Canada and Mexico. More information can be found at www.ocair.com. Like us on facebook.com/johnwayneairport, or follow us on Twitter @johnwayneair and Instagram @johnwayneair.